The Team Challenge is our most booked program and like a huge TV game show – with teams and completely online. It all starts with a fun group energiser. Afterwards, the teams are divided into breakout rooms where they must complete different mini games. You can set the game character and length by choosing mini-games in advance – each takes around 30 minutes 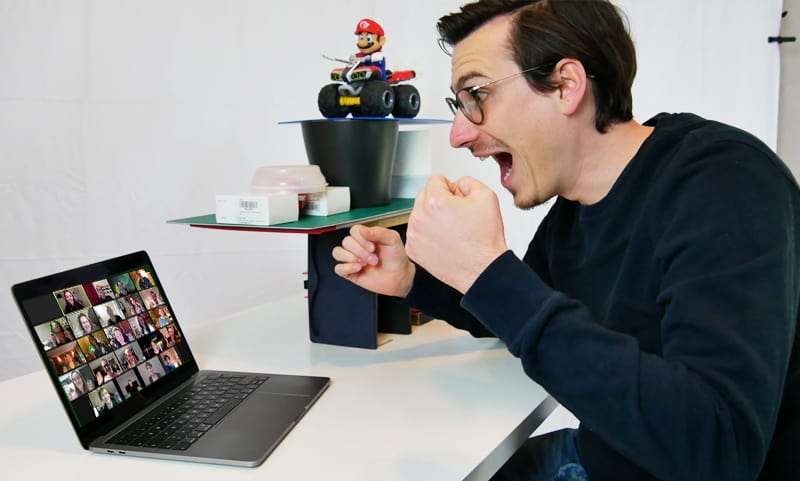 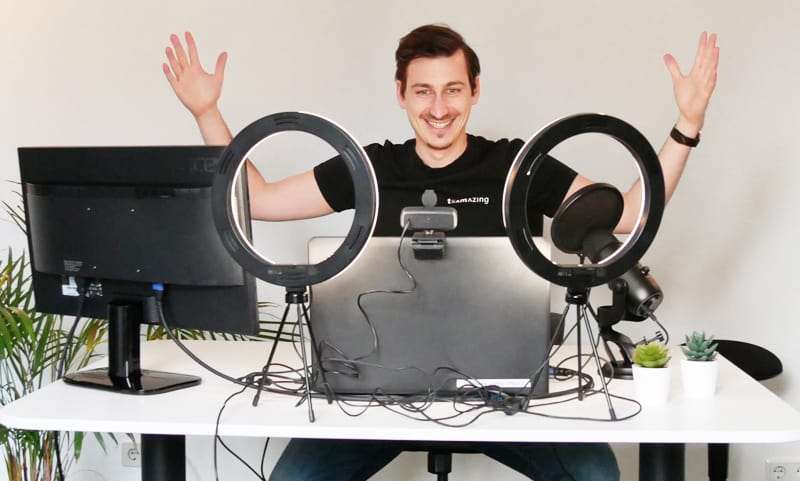 The online challenge is held via a web conferencing tool of choice – after a small warm-up exercise the participants are divided into teams of 3 to 5 people each. As a team, you will face challenging and fun tasks, like building a tower in front of your laptop. The games are designed to merge reality with the virtual setting. The combination of different team skills, building trust and a huge amount of fun makes this online program absolutely unique.

That’s what you need

To participate at our virtual team building your teammates require a laptop/computer, a webcam, a microphone and of course a stable internet connection. Even if there is the possibility to join using tablet or mobile device, it is not recommended as we are limited by function.

Grab your household utensils and start building. The challenge is to build a tower that matches the given template. Avoid collapsing at all costs. It doesn’t end here, your team needs to find other utensils and improve the tower visually as well as statically. Post a photo of your masterpiece and receive valuable team points!

Can you name the familiar songs… when played backwards? This all-time classic music trivia quiz guarantees a lot of fun and even more special team moments. Claim team victory by recognising the most songs together.

Tan- what? A Tangram is dissection puzzle consisting of seven flat polygons, called tans, which are put together to form shapes. Sound simple but isn’t when competing against others. Agree on a team strategy and solve as many tangrams as possible at a given timeframe. This game encourages fast decision making as well as team work at the same time.

Based on the game classic “nobody is perfect”, each team is presented with three crazy stories. For each of them the team needs to provide an answer. But the formulated answers do not have to be necessarily correct. All answers are then presented to the other teams, they can “bet” on answers they think are correct. The group who “fooled” the others best claims victory.

Amusing but practically unknown facts. Try Google them – we made it impossible to cheat. The team with the most useless knowledge wins.

Are you on average?

The most fun but average household battle of all time. You have to solve task and we collect the highest and lowest average score of each team. We then compare team scores to one another – a extraordinary team activity which combines action with great team work.

We first collect answers about you and your company. For example: “I’m really afraid of ___” or “When I think of [YOUR COMPANY] I think of ___”. Then teams have to guess the most frequent given answer by completing the first letter of the word. This game combines your teams company perception with a challenging interactive quiz.

Participants emerge into the role of scientists and need to solve tricky riddles that require a lot of team work.

START WITH A FREE DEMO

See everything in action and experience why many triple A companies choose us.